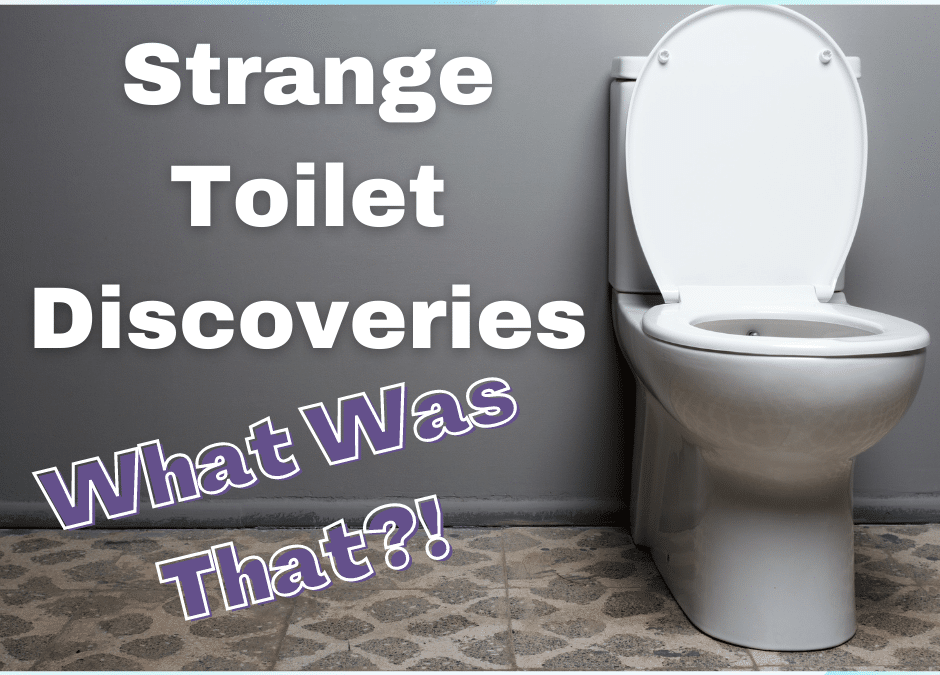 I was rushing around getting ready to head out for the day when BAM! My elbow knocked right into my cell phone & sent it sailing right off the bathroom counter. Yep, you guessed it! Right into the porcelain throne. While I did manage to retrieve it, I did wonder what would happen if it had gotten lost in the pipes below. Would it one day be finally removed & leave the lucky person wondering how it got there?

Strange as it may seem, a cell phone is not that unusual to be dropped in a toilet! Imagine being the one to fish out some crazy things like these true stories!

South Florida residents, Marian & Lily Lindquist thought they had called a plumber for a typical clogged toilet. When the plumber arrived, they went to work trying to get the stubborn clog out using the common drain snake method. After stepping away for a few moments, the plumber returned to find a surprise hanging out in the bowl. One very inquisitive foot and a half long iguana managed to get himself logged in the pipes! Yikes! Florida, no stranger to finding invasive species in unwanted places.

Residents of Reddish, England had quite the day in May 2014. Police evacuated a cordon of 100m after a bomb was discovered in an outdoor restroom. Disposal experts extracted a three-inch live WWII mortar. It was taken to a cleared area and a controlled explosion was then carried out. Amazingly the device had been there for more than 50 years before it was found. Talk about dropping a bomb in the bathroom!

Imagine going to work as a janitor expecting the same routine as every other day. You walk into the bathroom just knowing there is a mess to clean up and instead find piles of cash stuffed in the john. That is what happened to one Australian janitor who found over $90,000 dollars filling the toilet. A plumber later found another $1000 dollars that had made its way down the pipes. What happened to the money that was found? No one claimed it, after taxes $78,00 of it went to the lucky janitor!

What Should You Do?

Honestly, weird things end up in toilets all the time. Ask any plumber and I am sure you’ll get a crazy story or two! If you happen to have an item go down the drain, don’t try to retrieve it yourself! While it may seem like an easy fix, trying to go after it could cause the item to go further down the drain or cause a more difficult clog to fix.

If you need an expert for repairs, maintenance, or installations, give Hansen Plumbing a call at 251-471-5151!