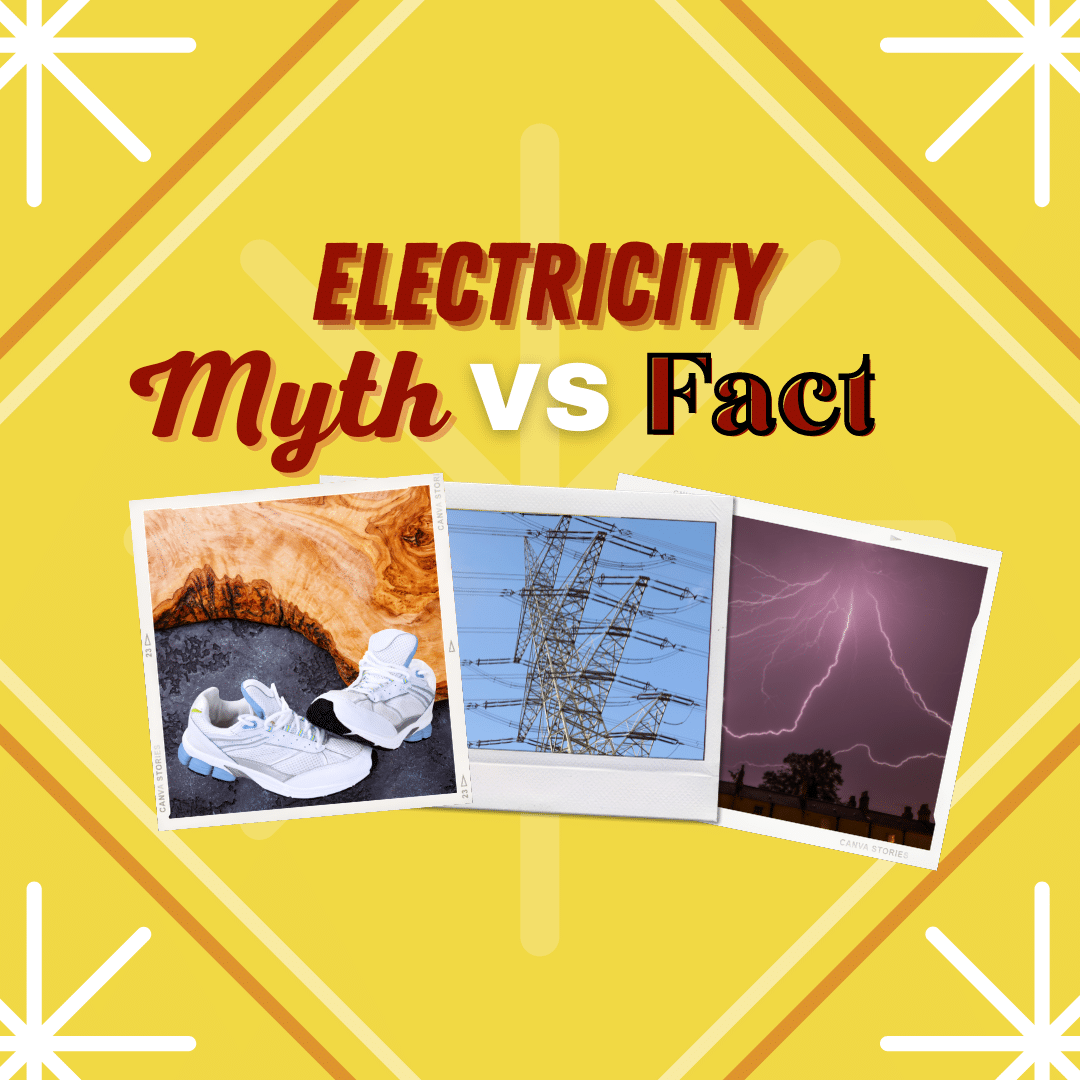 Making the distinction between fact and fiction isn’t always an easy task. There are myths, urban legends, and misunderstandings that all make it more difficult to discern the difference. When it comes to power and the voltage that runs through lines and electronics it is better to know what is right and what isn’t.

Running your feet and pranking someone with a little zap generally isn’t dangerous. When you pass that static on to electric devices it can damage them permanently. Sudden discharges of static electricity near flammable or combustible material can cause it to ignite or even explode. Even more interesting, lightning is actually a form of static electricity and we all know how dangerous it can be.

Myth: Rubber clothing and wood both act as protection from voltage.

Rubber in its purest form does make for great insulation for voltage. However, shoes and gloves are not because manufacturers put in additives to make them more durable, flexible, & comfortable. Wood is actually a conductor, just not usually a great one. That is until it gets wet, then it becomes pretty decent conducting electricity.

Myth: Lines are installed with insulation.
Myth: If it’s not making sparks it has no power.
Myth: If I’m not touching it I’ll be okay.

There are a lot of misconceptions when it comes to power lines. What is safe and what is not? The most important thing to keep in mind when it comes to any power lines is DON’T touch! If it’s down, stay at least 35 feet away, and call 9-1-1.
When put up most power lines in fact do not have any insulation. Instead, they have a coating to protect from the weather and that’s it. Our severe weather makes it more of a risk to see downed lines. When down, you’ll only really see sparks if there’s something for it to conduct too. Most of the time it lands either on asphalt, concrete, or dirt that won’t conduct the electricity. However, there is still quite a bit of power being delivered. When someone gets close enough, it could arc right to them causing serious health issues or even death.

Myth: When not running or turned off appliances and electronics don’t use energy.

There’s a thought that when you aren’t using your TV, cooking on the stove, running the dryer, or have the lights off it doesn’t use any electricity. Thing is, they actually draw a little power all the time which is known as “vampire energy”. It’s just that when you aren’t using them it’s much less. The only way to stop this is by grouping them on a power switch that you can turn off, unplug when not in use, or use smart strips.

Remember when in doubt don’t touch exposed wiring!
Thanks for stopping by!
Hansen Electric